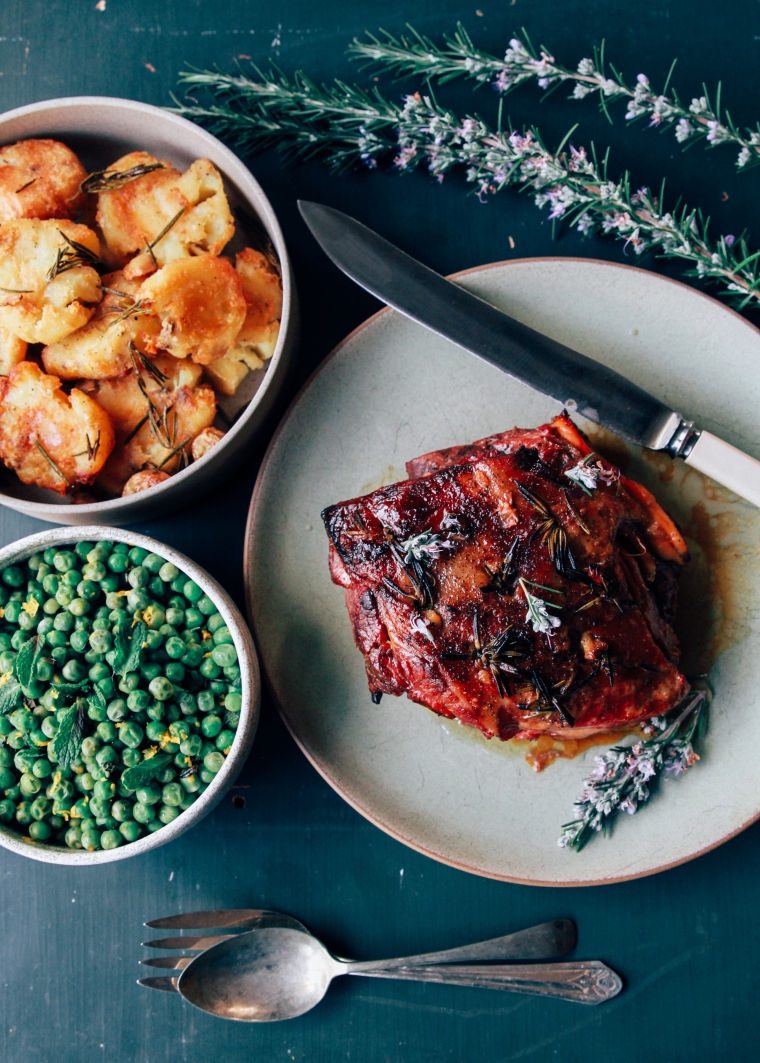 One of the things that excites me most about the coming of spring is the first lamb. I’m pretty sure I let out an audible squeal at the market last week when I stumbled upon some from Glendale Shepherd, a local farm here on Whidbey Island. They have the most beautiful pasture-raised humanely harvested lamb. And since my in-laws were on their way to visit from England, a Sunday roast was in order. Though, due to a crazy wind storm which downed a tree causing an all day power outage that happened just as I was putting the meat in the oven, it turned into a Monday roast.

Whatever the day of the week is, this meal really is simple and depending on how you like your meat cooked, could take anywhere from 50 minutes to 3 hours to prepare. I prefer my roast falling apart tender which takes hours so I tend to reserve meals like this for the weekend when I can have a lazy afternoon with the family smelling the amazingness coming from the oven…..but if you like your meat rare, you’re done in under an hour!

My favorite things to go with lamb are minty peas, garlicky potatoes with lots of rosemary and olive oil. I’ve added anchovies to the lamb which I learned from The River Cottage Meat book. They melt into the meat giving it a beautiful salty richness. You’ll never go back to not using them once you see how much umami they give to this roast!

Heat oven to 450º and put the lamb in a roasting dish. With the tip of a sharp knife, make 8 slits in the meat 1″ deep. Use your finger to stuff each hole with a bit of garlic, anchovy and rosemary. Rub the meat with olive oil, salt and pepper. Roast for 20 minutes until the meat is sizzling and starting to brown, then reduce the oven temperature to 325º, pour 4oz of the wine over the meat and add the water to the bottom of the pan. Cover the pan tightly with tin foil and continue to roast for about 2 1/2-3 hours. You should be able to pull the meat apart easily with two forks. Remove roast from oven and transfer to a plate covered with the foil to rest for at least 20 minutes. Meanwhile, pour off some of the fat from the roasting pan then put it on the stove top over medium heat and deglaze it with the remaining 2oz of wine, scraping up all the tasty bits stuck to the bottom. Let simmer to reduce for a few minutes then strain the sauce and keep warm. After the meat has rested, slice it into thick pieces, though it will really just fall apart in hunks. Serve with the sauce to spoon over the meat and potatoes.

*(I have been in a bind once or twice where I realized I was out of anchovies and too lazy to go to the market and substituted worcestershire sauce or capers instead).

Boil a pot of salted water and drop in peas for 2 minutes. Drain and toss with lemon zest & juice, mint, a good drizzle of olive oil and some salt & pepper. Serve immediately.

Preheat the oven to 350º. Cut potatoes into even size pieces, about 2″ in diameter, and put in a pot covered with cold salted water. Bring to a boil then simmer for 5 minutes. Drain the potatoes and put back into the pot covering to let steam for a few minutes then shake the hell out of the pot to roughen up the surface of the potatoes (this will give you the crispy layer that is essential). Transfer the potatoes to a roasting pan that is big enough so that they aren’t too crowded. Drizzle 1/2 of the olive oil all over, season the potatoes with salt & pepper then roast in the oven for 40 minutes, until lightly browned. Remove from oven and lightly smash each potato so that they are semi-flat. Combine the rosemary, garlic cloves, the remaining olive oil, splash of vinegar and a pinch of salt & pepper and pour all over potatoes then roast for another 30 minutes until golden and crispy. 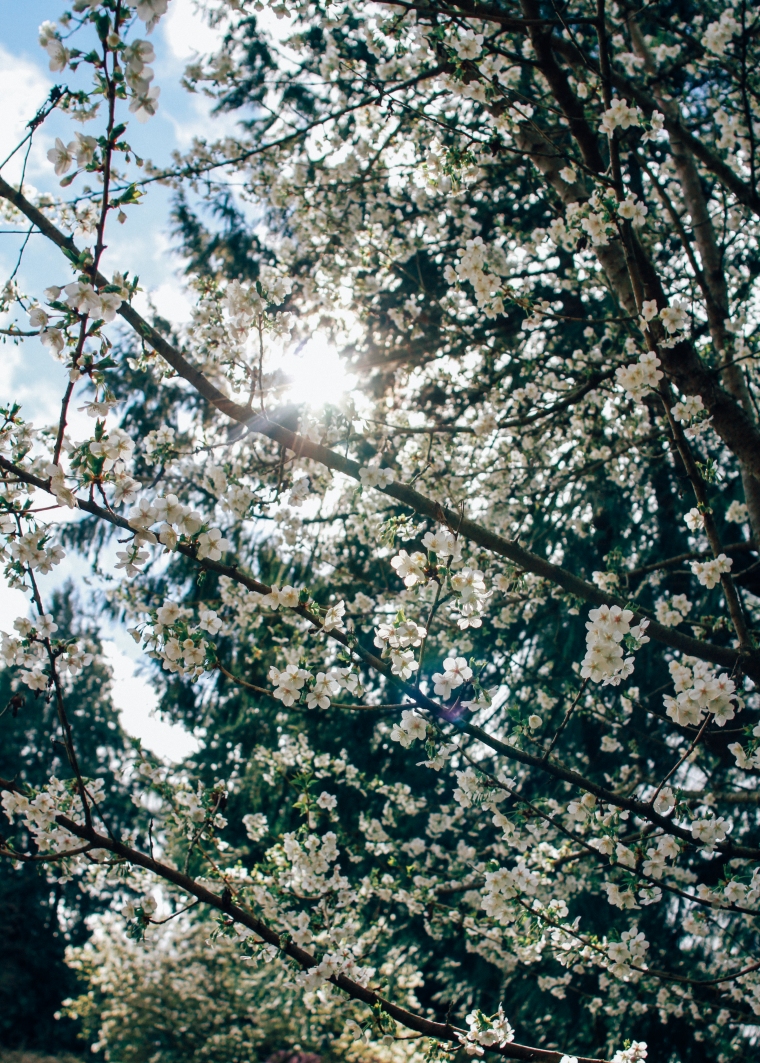